An Eating Disorder is a serious mental health condition that is marked by an obsession with food and/or body shape. Traditionally associated with young women and teenage girls, it is now thought that up to 40% of people suffering from an eating disorder are men. The growth of social media sites such as Facebook, Instagram & Snapchat plus the increasing popularity of reality TV shows has meant there is an intense focus to have the perfect body and to conform to an ideal of a certain body image. This causes some people to take extreme measures with dangerous dieting excessive exercise and steroid abuse. The physical damage caused by eating disorders is serious. It can have a catastrophic impact on all the major organs, causing weakness in the immune system, damage to the endocrine system and poor cardiovascular health.

As devastating as the physical effects of an eating disorder can be, the mental agony caused is equally terrifying. Eating disorders can cause anxiety and depression, isolation and loneliness, guilt and shame, feelings of failure, obsessive thoughts and preoccupations; both with food and with being “found out”. Individuals with eating disorders may also be at risk for co-occurring conditions such as mood and anxiety disorders, self-harm (cutting, etc.) and suicidal thoughts and behaviours. Abuse of alcohol and substances are four times more prevalent amongst people that suffer eating disorders. Tragically it is the mental health condition with the highest mortality rate.

Some of the most commonly presented eating disorders
Anorexia nervosa -frequently known as anorexia, is an eating disorder associated with extreme thinness caused by starving oneself. Other common signs include skipping meals, refusing to eat out or with others, excessive exercise regimes plus constant obsessive criticism of own body size & weight gain.

Bulimia Nervosa - commonly referred to as Bulimia is described as a chronic cycle of binging on excessive amounts of food and then using extreme, and often dangerous, measures (such as induced vomiting, diuretics, laxatives and/or enemas) to purge the body of the excessive calories consumed.

Binge-eating disorder - (or BED) is typified by regularly and compulsively eating large amounts of food, often rapidly and to the point of being uncomfortably full. Eating at times when not hungry. There are a lot of feelings of shame, guilt and embarrassment about this excessive binging and these binges often take place secretly.

Body or Muscle Dysmorphia - feelings that they are too skinny and obsessively wanting to be more muscular. This is common amongst young men and often goes untreated because it is overlooked as a healthy interest in being in good shape.

Other specified feeding or eating disorder (OSFED) – when your symptoms don't exactly match any of those above. This is still considered a serious illness 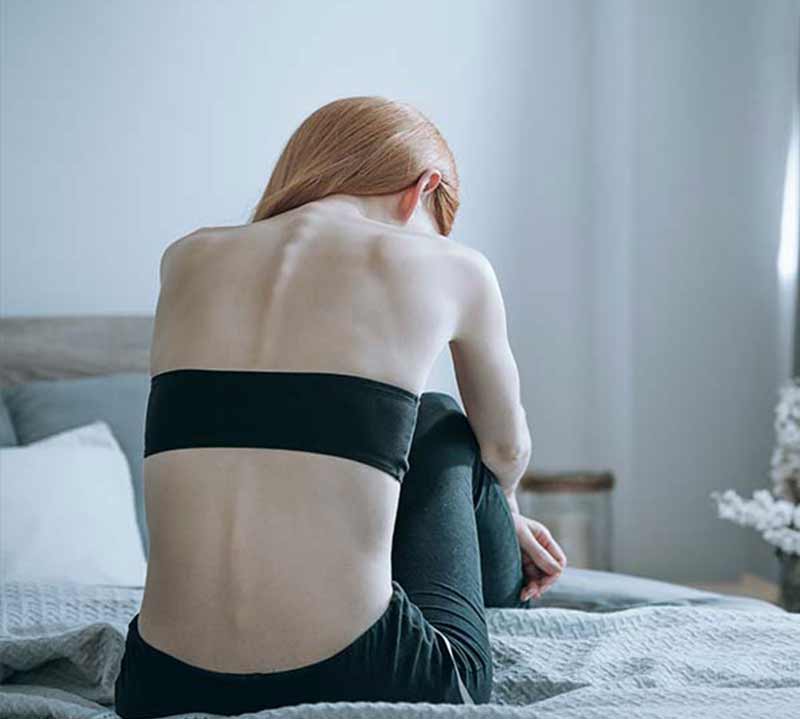 Symptoms of an Eating Disorder

At Phoenix Programmes we understand that every client is different, and their illness needs individualised treatment and care. Treatment for eating disorders needs to focus on physical rehabilitation, mental well-being and any co-occurring addictions and disorders. Following a detailed consultation with our specialist’s our clients will be given a complete plan of our recommended course of treatment.